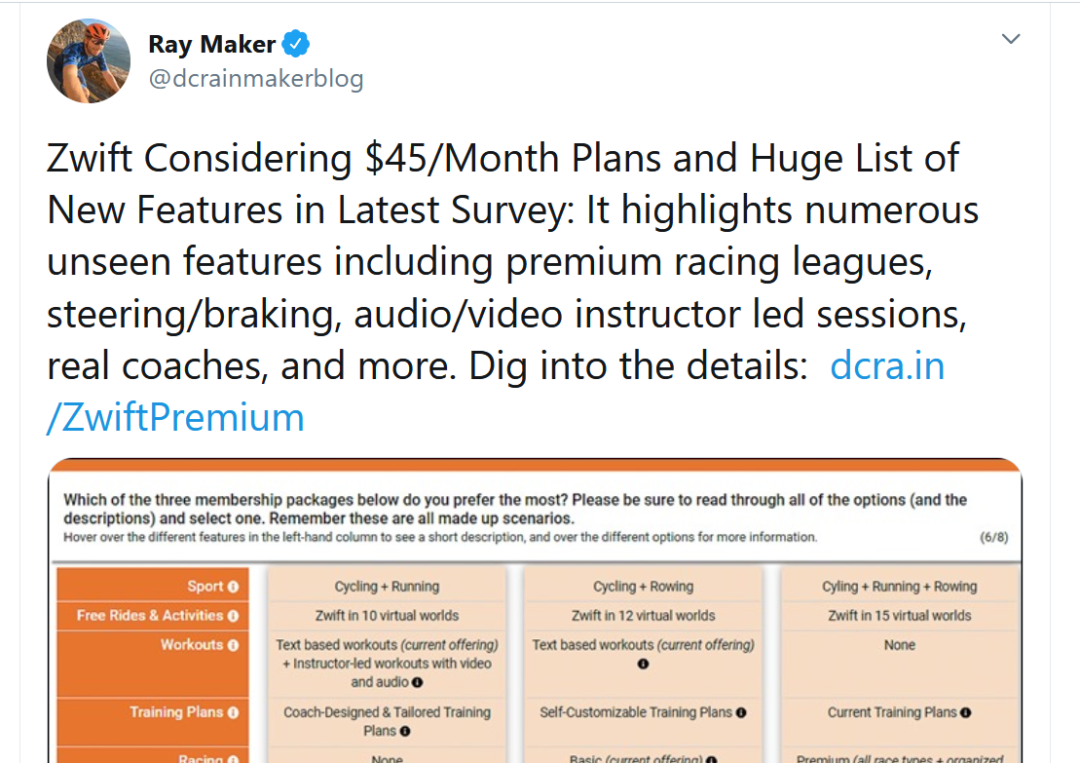 On first glance, I was very firmly in the WTH is Zwift thinking camp. The plans don’t make sense, but apparently, that’s the point? I kind of get it based on DCR’s explanation, but it’s still a very strange way to do market research. At least to my untrained eyes.

On every subsequent page with options, they repeat the same “these are made up scenarios” wording. But, if there’s anything we as consumers know from years upon years of corporate communications: There’s no such thing as made up scenarios. At least not in the general sense. There’s a reason why Zwift is asking things, else, they wouldn’t be asking them.

Here’s the first of eight different pricing scenarios that came up. We’ll ignore the fact that the first option spells ‘Cycling’ incorrectly. In my case, due to being European based, the options are presented in Euros. For others, they’re presented as USD, GBP, and perhaps other currencies. The highest price I’ve seen for a plan was $44.99/month USD, and 39.99EUR/month (~$46USD). 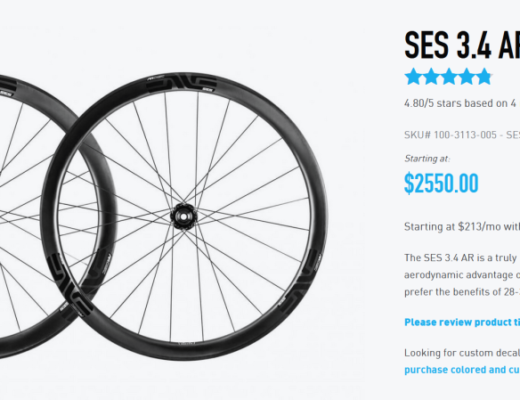 Can’t help but ask if those were 10-20 min efforts, would Nate feel differently? 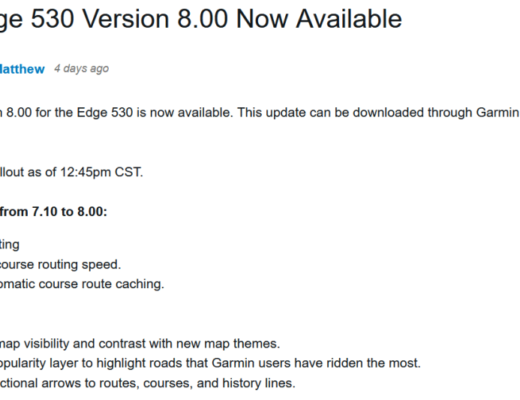 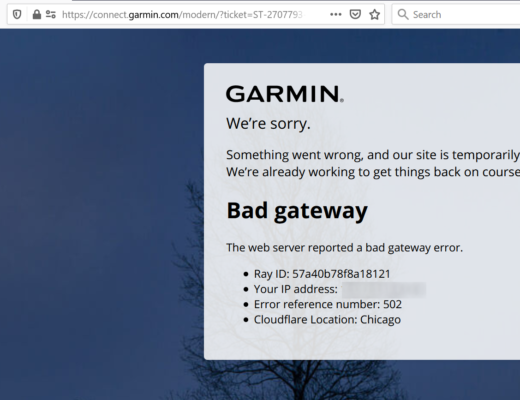 Connect is down!?! Government overreach, or fat fingers? We may never know the truth!