In general, I’m loving the Garmin Fenix 6, but there’s definitely some occasional weirdness going on with the optical heart rate sensor. Many new Garmin watches have a feature which can detect when the wearer has something funky going on with their heart rate when they’re sedentary. I turned it on, because why not? The default threshold is 100BPM, which seems reasonable for me personally, but it’s good that it’s configurable because I imagine the right number is dependent on your resting heart rate (RHR). 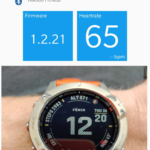 All good so far. Except that last week on the drive home from a ride, the watch went crazy (relatively speaking) with an “Abnormal high heart rate detected” message. Which given my recent heart revelation (despite reassuring research) freaked me out, so as soon as it was safe I pulled into to parking lot to have a look.

As chance would have it, I was still wearing my chest strap, so I pulled out the phone to sanity check the number on the watch, which was in the 150s. By the time I got the Tickr paired with the phone to take this screenshot/photo combo the watch had settled down to a less worrisome, but still way-too-high for sitting in a parking lot 102BPM, but the Tickr said 65BPM… 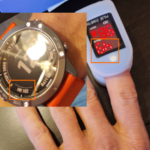 Of course anytime you only have two devices, there is a question of who’s truth is the right truth, so when I got home the finger monitor came out… Massive discrepancy there (102BPM v 49BPM).

After messing with it a bit (cleaning the sensor, moving it around, tightening the strap, etc), I ended up fixing it the same way we fix most computer problems; with a bounce. After the Fenix 6 powered back up, the numbers on the watch matched (roughly enough) the numbers on the Tickr and finger monitor.

Fortunately, this has only happened once, and I was going to write it off as a bit of one-off weirdness until I saw this post on the Garmin forums. Clearly not just me, and here again, Garmin has some work to do. 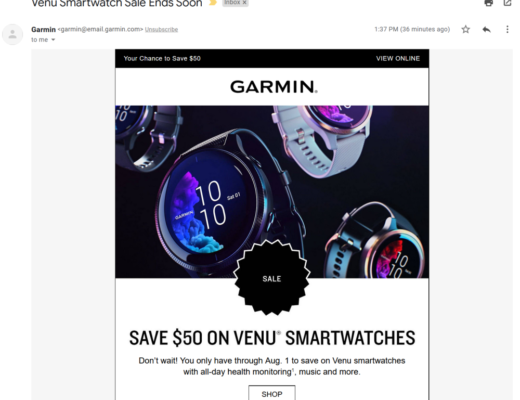 Maybe wait a bit for the marketing emails, Garmin. 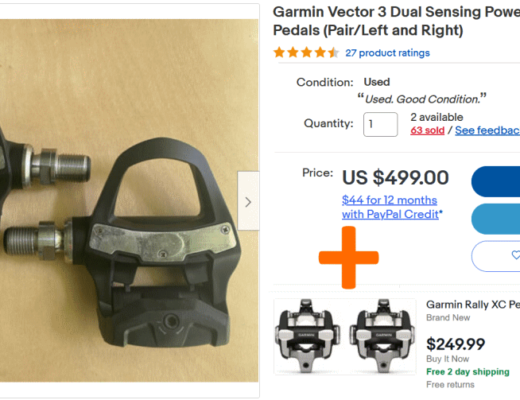