Canyon Crash Replacement: is it worth it?

I’ve written before about my own experience as a 2nd-hand owner of a Canyon bike after breaking my frame, but I thought it would be interesting to document another story. This time, the story of someone who is actually covered by Canyon’s crash warranty. This is the story of a Local Apex Predator and his Canyon Ultimate CF SLX. Here goes.

The damage in the photos below was caused when the fully bar-taped handlebars made contact with the top-tube in a low-speed accident. I wasn’t there when it happened, so I can’t say how “low-speed” it was, but generally when someone crashes there’s an incentive to play up the speed, instead of down, and since it doesn’t matter to Canyon how fast you were going, I’m very much inclined to believe it. Does it matter? Not really, but… 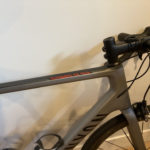 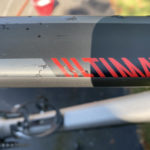 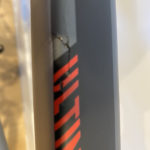 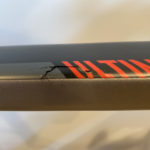 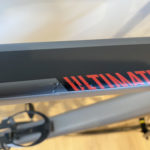 It’s not relevant to the crash warranty experience, but frankly, I’m a bit surprised by the extent of the damage. I’ve definitely dumped bikes into the ground in similar circumstances, and had the bars strike the top tube without anything more than a grime mark (I should probably clean my bar tape, but that is also irrelevant :)). Maybe the Ultimate CF SLX’s status as a super lightweight climbing bike played a role, with the top tube one of the places where weight is shaved. Who knows. I digress.

Interestingly, either Canyon has become much more transparent about what the replacement price is recently, or I missed it last year when I was looking for it, but they actually have a full list of what you should expect to pay here. Kudos Canyon. Interestingly, the $1,299, quoted on that page isn’t what he was offered though; with Canyon coming back with $1,200 for the frame, or 15% off a new bike.

Either price isn’t that bad for a naked frame; if you totaled the bike, or wouldn’t consider getting it fixed. But, there were two catches. First, getting a full back-to-perfect repair from Carbon Doctor is less than $600, and second, there’s a 3-4 month wait on a replacement frame from Canyon (maybe why they offered the 15% coupon?).

Given the three options, I completely understand why he opted for the repair. $1,200 is 2x what the repair costs to end up at essentially the same place, add in that crushing wait time, and it’s a no-brainer. 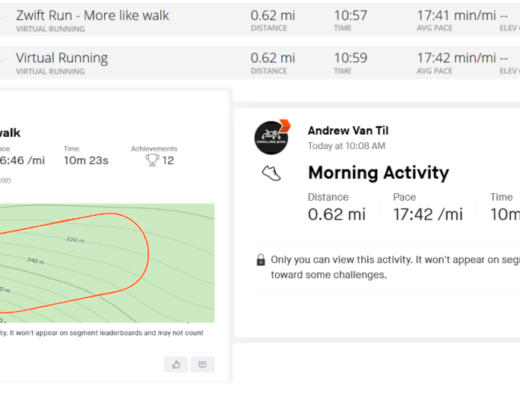 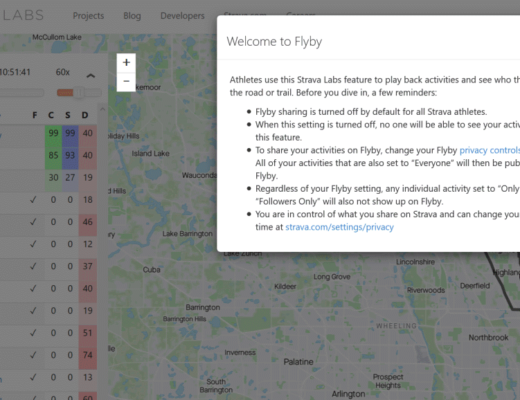 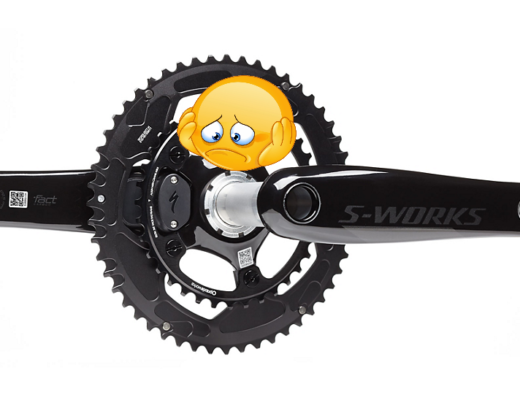 I would never ride a repaired bike if it’s carbon, it wouldn’t feel new anymore to me, besides there would be little stiffness loss too I guess

FWIW, I’ve had a carbon bike repaired (https://www.mamilian.bike/review/2019/09/ruckus-composites-fixed-my-aeroad), and while I totally get what your saying, I would also get it fixed again (although I would pay the extra to cosmetically match the fix). As long as it’s done right, by a reputable shop, it should be safe and just as stiff.

I went through this math when I crashed the AEROAD. There’s definitely a tipping point where the bike can’t be fixed, or wouldn’t make financial sense to fix. In my case, if the fork had been damaged it would have fallen into the 2nd category (the main reason I went with Ruckus was that they could scan the frame and fork for damage). Before I found them I had written off the bike (how I ended up with a Tarmac), so IMO one of those case-by-case kind of things. No matter which way someone goes, I think it’s critical that… Read more »

This website uses cookies to improve your experience while you navigate through the website. Out of these cookies, the cookies that are categorized as necessary are stored on your browser as they are essential for the working of basic functionalities of the website. We also use third-party cookies that help us analyze and understand how you use this website. These cookies will be stored in your browser only with your consent. You also have the option to opt-out of these cookies. But opting out of some of these cookies may have an effect on your browsing experience.
Necessary Always Enabled
Necessary cookies are absolutely essential for the website to function properly. This category only includes cookies that ensures basic functionalities and security features of the website. These cookies do not store any personal information.
Non-necessary
Any cookies that may not be particularly necessary for the website to function and is used specifically to collect user personal data via analytics, ads, other embedded contents are termed as non-necessary cookies. It is mandatory to procure user consent prior to running these cookies on your website.
SAVE & ACCEPT
wpDiscuz
4
0
Would love your thoughts, please comment.x
()
x
| Reply